Nine lucky designers from San Francisco’s Academy of Art showed their fall lines at Mercedes Benz fashion week in New York yesterday.  The designers are earning their M.F.A.’s at the Academy of Art either by attending classes in person or completing their entire degree online.  Designer Farida Khan completed her degree all the way from Doha, Qatar! The collection of Donghyuk Dan Kim really stood out, with its warm, rich tones and impeccable tailoring.  No doubt, Kim picked up some skills while working for San Francisco luxury designer Bacca da Silva.  It was the only menswear collection offered and it was inspired by vintage military and the American west.  I particularly loved his jackets and hope they come in women’s someday! 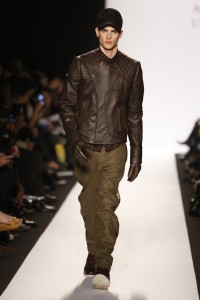 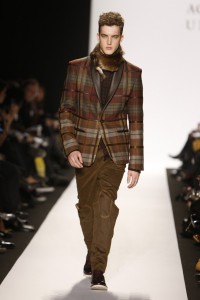 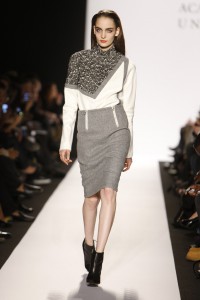 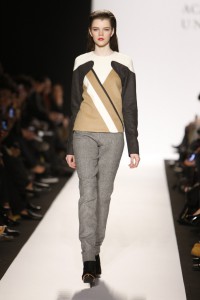 The other designs that really caught my attention were in the knitwear collection of Jeanette Au.  Growing up in New York City, Au is interested not just in fashion but also music and the performing arts. Inspired by the art of Leon Bakst and the Sergei Diagilav’s Ballet Russe, Au’s chunky sweaters with metallic threads were absolutely stunning.  I fell in love with this red number! 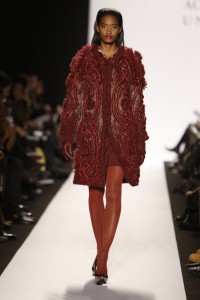 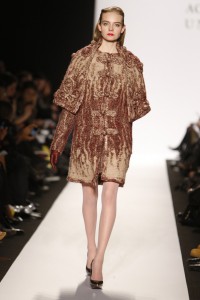 To see more pictures from the show go to WWD and head to the Academy of Art to learn more about the designers.  Can’t wait to see where they are headed next!